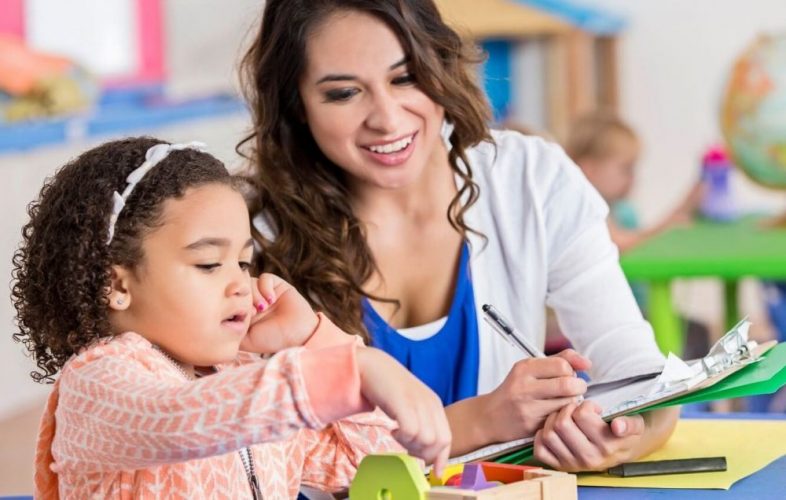 There are some nuances in early language development. Marci wished she’d known this when, at her daughter’s wellness appointment, the doctor said ‘there’s a problem here’. She descended into mom guilt.

It’s great the doctor is paying attention. Language development is definitely an age appropriate assessment at three. However, it’s not great that you have to feel a moment of mom guilt like Marci did.

My focus here, therefore, is on some nuances of early language development so that you can fully consider whether your child is behind in development or just needs more time. And by the way, there is no harm in trotting off to the speech therapist. It’s just that knowing schedules can be tight, I  want you to be able to make an educated choice. Plus, I want you to be able to drop the guilt (at least after the first blush of hearing ‘there’s a problem’), because, as you’ll see in the nuances of early language development, it really isn’t just about a specific milestone not being met at a specific time.

When I do milestone assessments I consider everything around the milestone also. Some of that I share with you here.

When did you develop language?

If you are lucky enough to have heard stories about your language development, your child might be like you. I have seen children not speaking many words until around three years. Then they suddenly start using full sentences with many words. They didn’t do all the progressions of  5 words to 18 words to two words together (mama go), on to four words together to make a sentence. Guess what? That’s when their very verbal mom or dad started speaking, and, in full sentences.

With children like this, along the way I hear the parents saying that they notice their child comprehends a lot. “Like, a LOT”, they chuckle. Comprehending is a big part of language development.

How our young children comprehend is sometimes very unique, however. Sometimes we have to sleuth a bit to figure out their unique way of making sense of things. I recall a 3 year old who didn’t call a triangle a triangle. She called it a house. Her mom reported how one day they were driving and the daughter excitedly pointed saying, “see, it’s a house” . Duh, thought mom as she looked at the very triangular roof. Guess what? She’d heard similar stories about herself from her mom.

Another two year old boy I know seemed slow with following commands (assessed as part of language development). Turned out that once he heard the ‘why’, he was cool. This is a child who needs to understand the bigger picture. Just like Mom.

Moral of the stories, it helps parents to know their own history! It sometimes changes how the interpretation of ‘there’s a problem here’.

Language development starts in the womb. Dr Shu, medical director of HealthyChildren.org, says of intrauterine hearing  that at 27 to 29 weeks (6 to 7 months), they can hear some sounds outside the body, like your voice. Start reading and singing to them! By full term, they are able to hear at about the same level as an adult.

Once out of the womb, babies develop from reflexive or receptive language to expressive language. Initially crying communicates upset/boredom/hurt/loneliness/hunger/wetness. They advance from gurgling and squealing to directing those sounds at people and toys. They start to pick up some hand gestures like bye-bye or peek-a-boo.

Even during the first year, and certainly beyond, our observation of language development is influenced by personality factors. Some children are watchers, more quiet. Others are more focused on physical development or seeing how things work together (like the chair helps one get to the counter).

Plus, there can be gender differences in language development. The developmental language disorder organization discusses this, pointing out that on average girls develop faster thru six years, but then the gap declines.

One last consideration as you hear about your child’s early language development is that whoever is assessing your child is seeing your child in a snapshot of time. Most milestones associated with that time are still on the assessments six months later. Meaning, development has a wide range of normal.

Some Nuances in Early Language Development by Age:

If you hear that your child is behind in language development, consider all the things above. Also, consider the following nuances of early language development, broken down by developmental phases. If they have these nuances and are close to functioning per the specific milestone, keep talking, reading, and listening to them. They will likely master the milestone and move on.

Next come the toddler years. This is when we want our pediatrician assessing for early signs of challenges with language development. Challenges could be rooted in hearing, seeing, tongue use or mouth shape, exposure to words through reading or talking, or autism. Now also considered are post pandemic effects.  Use the list in the next section to check out some things yourself. It helps when talking to whoever is assessing your child’s language development.

Nuances in Toddler Years: the one – four year olds:

There is such a huge progression in language and social emotional development during these years. It’s like you can literally see the adult in them sometimes. Their need for words vastly expands as they have more people around them, more academics, more group games with rules, more everything with rules.

Reading is no longer just about the plot of the story but what the story means. Math moves into word problems. Writing skills are used more and more.

You’ve stopped counting words by now! As they start their elementary years, they have around 10,000 words rapidly increasing over each year. It’s worth noting that their interpretation of all these words is very literal (until 9 or 10). So if someone is coming over and you say ‘she smokes a pipe’, they might very well be expecting a pipe, like under the sink.

Not a lot of pediatricians check on language development after the 5 year mark, and many don’t even do it then. It is transferred to the schools. But what you want to be looking for is:

Why do the nuances in language development matter?

Early language development is important. It’s a big part of how we receive and give messages, organize our thoughts, and express our feelings. Step one and two in regulating ourselves, notice a feeling and give it a name, is based in language. It’s part of how we ‘read’ non-verbal communication, not to mention It’s how we read.

While development of language skills can indeed be an indicator of a cognitive or neurological disruption, often the assessment findings are a ‘need more time’ kind of thing. So if you are busy, transportation is an issue or insurance doesn’t cover speech therapy, take a look at some of the considerations above. You have time! Keep reading, talking and listening to your babies, toddlers and beyond.

Kids tend to love speech therapy, so there’s certainly no harm in going. They will gain something and there’s always more for adults to learn too. But go without guilt – it’s unlikely you haven’t been reading, talking and listening to your child!

If you have a child with a post pandemic speaking delay, which pediatricians, researchers, daycare staffs and parents are reporting, I believe it is temporary. Some patience and a few extra doses of getting out with others, our children will catch up. The young brain is malleable, thank goodness!

Are you worried about your child’s speech development? If you want to discuss these, get hold of me. Write SPEECH in the text message box (it means the cost is just 20.00).  I want you to be comfortable with your plan AND guilt free AND decide on what you can do to support your child’s language development! Maternal Child Health Nurse that I am, I love working through the nuances in early language development with you.

Listening to your babies

Listening to your toddlers