What Does Blue Light Do To Children? 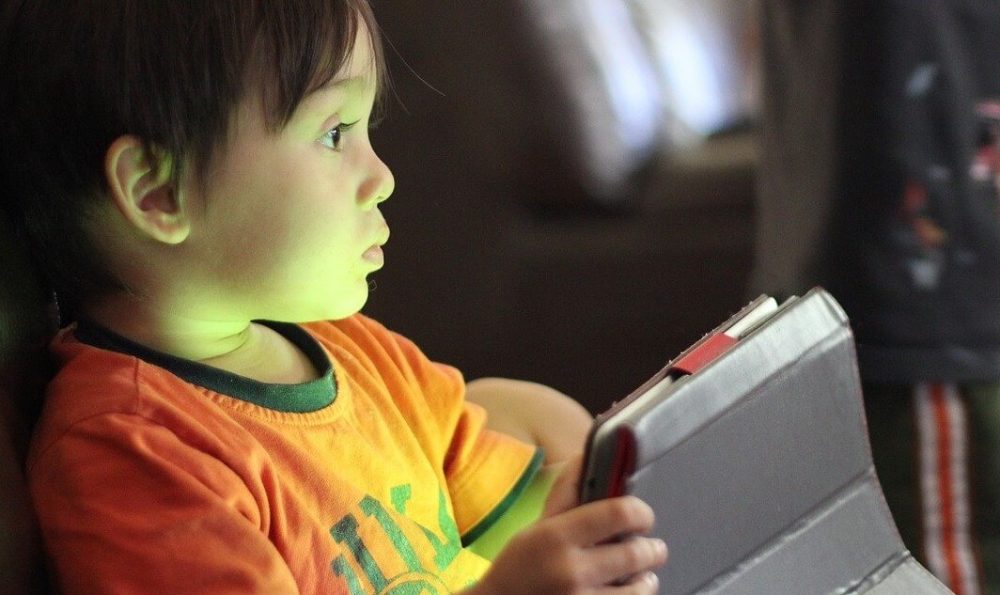 I took a look to see what new research shows about the effect of blue light on our children, given the increase in online activities with schooling-at-home during COVID19. Generally we wonder about eye strain and sleep disruption with blue light impact on children’s eyes.

Blue light is in the short wave length category of light. It is considered high energy. We can’t see the super short wave light of UV light because our eye biologically protects us from it, sometimes with a little help from our sunglasses (there are photosensitive retinal ganglion cells behind the retina). However, the eye doesn’t protect us from the slightly longer wave length of bluelight in daylight. The same is true from the blue light of TVs, LED lights, digital devices. Because blue light scatters more, it has been wondered if it causes eye strain.  Theory also has it that the increase over the last few decades in near nearsightedness (not being able to see the distance) noted by opthamologists, might be due to more digital use starting at a younger age.

The blue light of daylight also informs your eye to tell your brain to send melatonin when day light decreases. This helps induce sleepiness. The sleeplessness that we keep hearing about in our youth has led to questioning of the impact of digital blue light on melatonin production.

Blue Light’s Effect on Our Children

I was surprised when I reviewed the literature. I’ll spare you all the in and outs, instead giving you the wise summary of  the American Academy of Ophthamology.  It says there has been no research that shows eye strain or sleep disruption to be because of digital blue light. It IS related to ever increasing use of everything digital, but blue light is not the problem. Habits are the problem. Here are their recommendations:

To 5, 6, and 7 above I always want to say “good luck” to parents! It seems that if it balances out over the week, you’re doing great. Getting young children involved in play is THE way to support their development and keep it fun. This supports the huge body, mind, mood activation going on in children in the early years.

I have seen parents be pretty successful keeping digital use minimal until two. Have you been successful having no use? If so, I’d love to hear from you.

The advise from the American Academy of Ophthamology is great, though. It addresses eye development, eye strain and sleep. If you are thinking about behaviors, check out this list of six things you can do.

There are conflicting findings in research done about blue lights effect on melatonin. In Sweden, a research project found screen blue light decreased melatonin production and quality of sleep. A 2017 study done by the University of Houston found that participants wearing high blue light blocking glasses showed about a 58% increase in their nighttime melatonin levels. “By using blue blocking glasses we … can improve sleep and still continue to use our devices. That’s nice, because we can still be productive at night,” said Lisa Ostrin, PhD, a professor at the university’s College of Optometry.

You have to ask yourself though, as a parent, how old do you want ‘nighttime productivity’ to start? Additionally, there is a lot of research that suggests that wearing glasses has no impact on sleep. In 2017, a review of research was done and concluded that after two weeks of wearing, high blue-blocking lenses were associated with self-reported sleep quality improvement. In the same review, other researchers found no effect. You’ll see that there has been no evidence of long term negative effects on the eyes either.

Conclusion? The science is young! So like so many things, parents of our upstarting digital citizens do best if observing their child, noticing the effects of modern life on them and then try different things to find what works. Listen to your gut. Keep in mind, one body is not like another, so one of your children may need to follow different habits around digital use than another.